Meet the Kellys – SCYAP Foster Parents Making A Difference Since 1992 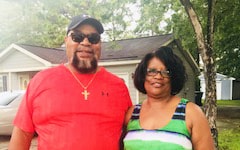 ​Lonnie and Norma Jean Kelly grew up in Pascagoula, Mississippi. They lived in Los Angeles, California in their young adulthood before settling in Summerville, SC. The Kellys became licensed as foster parents with SCYAP on June 10th, 1992. The Kellys have a blended family, with three children still in school when they opened their home and family to foster children. The Kellys have not had a day since the summer of 1992 that a foster youth was not in placement in their home. About 60 foster children had the privilege of calling the Kellys “Mom” and “Pops” over the years. The Kellys have worked to guide their foster youth through the trauma of abuse and neglect that brought the children into care. The Kellys have helped foster youth complete their high school education with several going on to college or the military over the years. Many have learned job skills working with Mr. Kelly in the summer and on school holidays.

The Kelly home became a permanent home for the four foster youth they adopted over their years of foster care. Their family has grown to include 10 biological children, 4 adopted children, 35 grandchildren, 4 great grandchildren, their three current foster youth and the multitude of former foster children who bring their families to visit the Kellys, maintaining life long contacts.

The Kellys home has stayed full for so many years. Referring agency workers put in their bid for openings in the home well in advance of a planned discharge. The Kellys are a wonderful family and have helped change the lives of so many foster youth over the past 27 years.